With a refreshing vision, Bruno Pontiroli paints a magical surrealism of enchanting details. An original world with pseudo-naïf traits, where free animals and human beings have fun. A series of exercises and stunts that depict an accurate dexterity and extreme balance. These are true circus artists, who are particularly attentive to body aesthetics, proud of their prowess and displaying an exhibitionist vanity. Impossible positions of rare beauty, articulate the whole anatomy in a delicate expression. 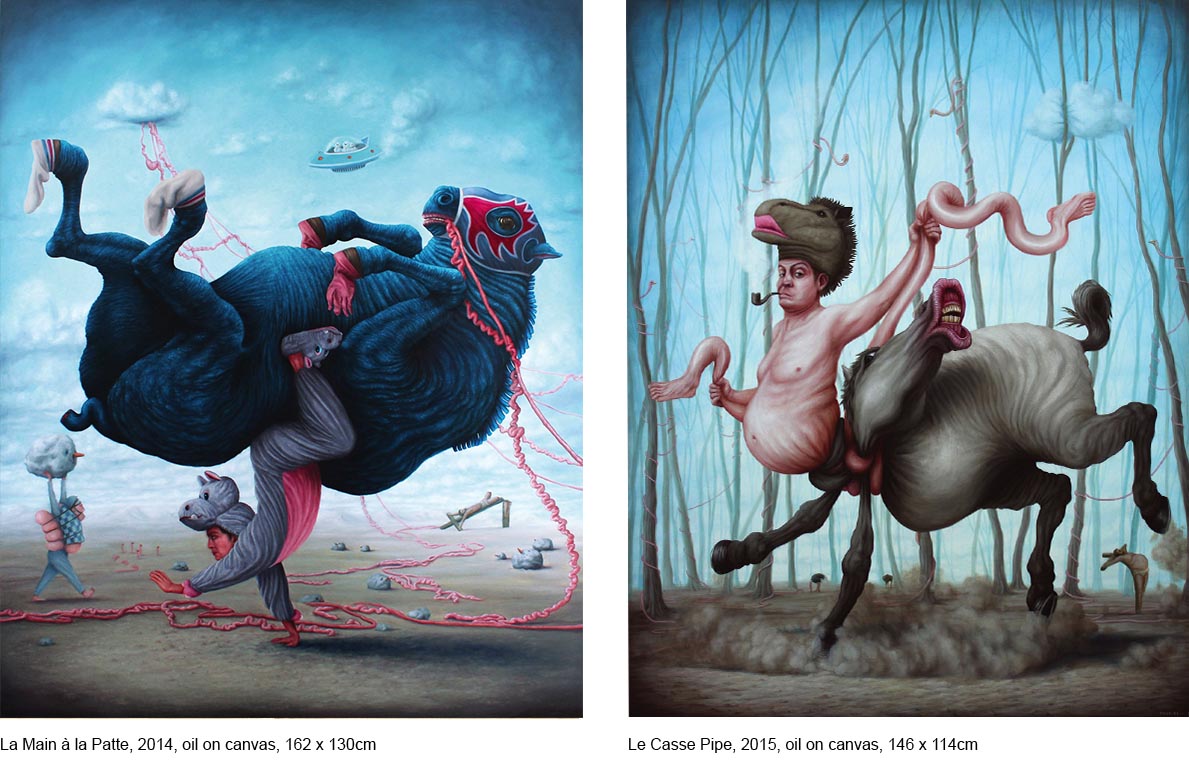 Throughout his work, the interaction between man and animal is a constant. Pontiroli transforms this relationship into a harmonious symbiosis - a perfect balance. Pontiroli paints with his fertile imagination, outlining simplified compositions. He owns an illustrative and caricature trait, enlivened by a provocative mood. Pontiroli’s style purposely rejects sophisticated artistic techniques. His intent focuses on the form and conveying it with maximum impact - not distracting the viewer with pointless information.

The ground is extended to infinity and pulls the scene to the foreground; In addition, it accentuates the depth of the work. A melancholic palette, with little chromatic variation, comes to emphasize the values and forms. Negative and positive space is skillfully used, both between form and background; visibly seen in the fusion of motifs, which help to emphasize formal discrepancies and exacerbate irony. An original relationship between the formal qualities of painting that results in a revitalizing point-of-view. Like a hyperbole, Pontiroli plays with the plasticity of the materials, manipulating the shape, exaggerating the scales, adulterating the weight of the masses. He provokes an extreme elasticity and a heightened distortion accented by humorous apanages. The balance, is thus, challenged continuously as well as the roles of other laws, including the norms of political correctness. 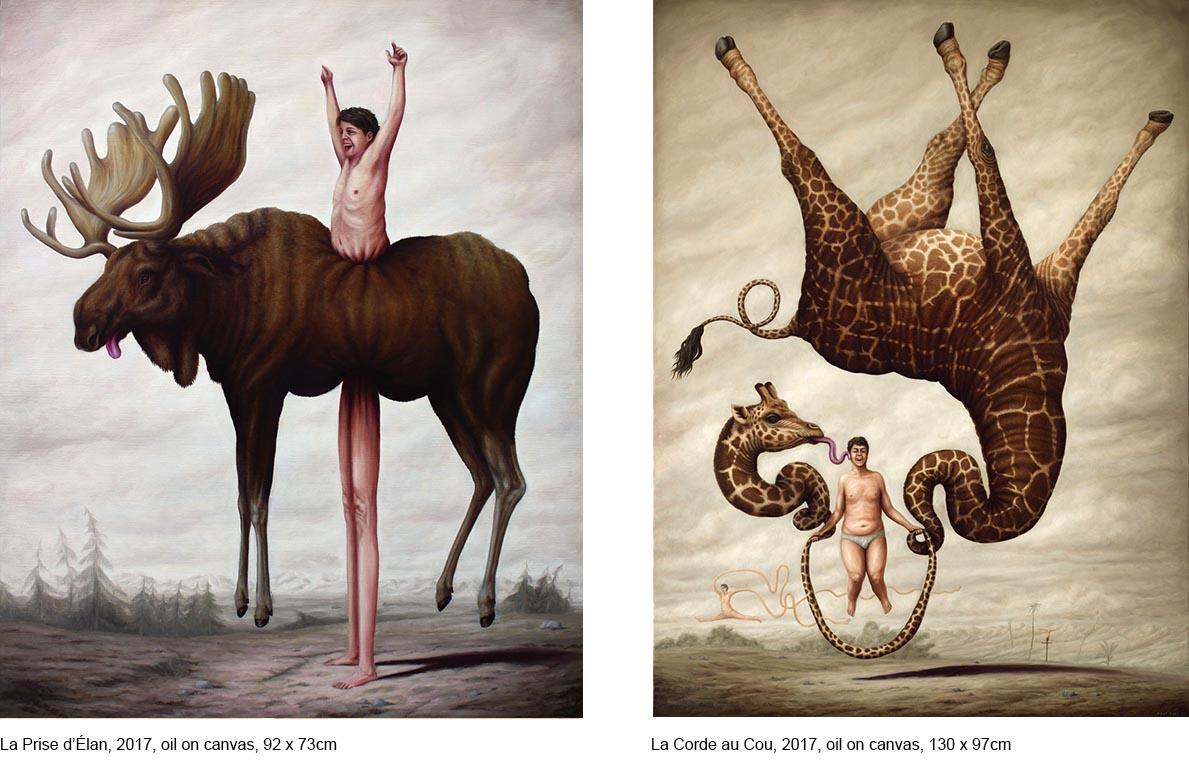 Save for later
Previous Main Page Next